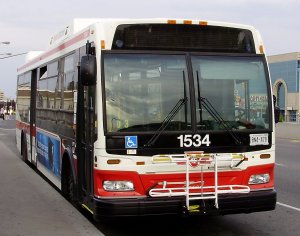 You may wonder about the above photographs. Where is he going with this?

Well, im going back to the gun control debate. Back to the argument that is “When people drink and drive (or otherwise drive stupid), we don’t blame the car. So why do we blame the gun?”. And it got me thinking (or as some would say, wow. He can think?).

What would the world be like, if we treated automobiles in the same way the gun proponents treat guns.

The first thing that comes to mind, is to drop driver licensing. As a resident of (*insert nationality*), I deem it my right to transport myself anywhere, without having to ask the government permission.

And mandatory driving lessons and testing? Dump all that. My parents and relatives have been using automobiles all there lives, they can teach me just as well as any tax payer funded teacher can.

We do not need the government to be in our cars. It is both invasive to our privacy, and an inefficient use of tax payer dollars.

And, we should not be just limited to the typical passenger car or truck.

If we want to own something bigger,such as a bus, semi, limo or even a tank, there should be no restrictions.

If I want to be the office carpool guy with my bus (think of the cash per head) or the party limo driver, I should be allowed.

What about those extended shopping trips with the wife? Sometimes a little 1 ton truck won’t cut the mustard that a semi will.

Ever struggle to find a spot whilst Christmas shopping at your chosen box store? With a tank, parking near the door will never be a stroke of luck again.

Will there be potential problems to this plan? Possibly. People will be people. They will do stupid things, such as drive under the influence of any number of substances, drive distracted, or attempt to skillfully operate vehicles they are unfamilier with . . . . . . . . but that is not a reason to change the system.

Machines simply do what the operator tells them to do. Nothing more, nothing less.