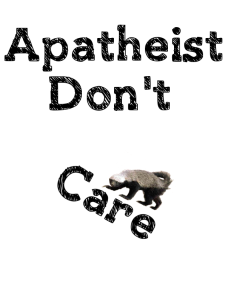 The last few months to a year (if not longer) have been taxing intellectually, to say the least. But I suppose that my whole life has been that way. All of my life I have been a curious person. A person who took an interest in the details of the world around me. Someone who looked around and enjoyed contemplating the interconnected nature of everything.
One example of this would be walking under (or by) a typical fixture of any city, the overhead lines. 3 or 4 lines up top carrying hydro somewhere distant to my location, 3 or 4 lines in the middle to serve the nearby homes and residences and a thick lower line that carried all of the telecommunications of the area. When I looked at said lines, I did not just see ugly wires on a wooden pole. I seen basically, ones whole life. The electricity that light up the world, and all our gadgets. And the telecommunications network backbones that make life interesting.

Its just like walking down a street cluttered with the trash of today’s busy civilization. I do not just see a trashy street. Each piece of trash has a bit of a story, an origin. Where did it come from? Those 4 bottles may have been sourced from petroleum from wells hundreds or thousands of miles apart, only to end up here. Junked in the middle of the prairies.
Then there are things like Red bull cans. They made a trip here all the way from Austria. Or the Fiji water bottle (source here is quite apparent, though the plastic is apparently Chinese in origin).

Such seemingly minor and pointless details have always fascinated me. As has fighting for what is right, if I feel that a wrong has been or is in the process of being committed.

This made for some interesting situations in my younger years that did not normally end well. Sometimes with my parents. And sometimes with other authority figures, like teachers or a cop (when I was young and my dad was pulled over, I used a stuffed animal to give the cop a dirty look though a window. Nothing became of it lol). There was one time where I even came to the defense of my mother, who was being bullied by former friends of ours whilst out for a walk in the park. I don’t remember what they said, but it was shocking enough to get them to convince my dad (out of town at the time) that us kids were at risk. Which of course was not true, causing him to flip out (hence why they are FORMER friends).

This brought me to the topic of drug legalization a few years ago. Having studied much information available on the website erowid.org (including many experience journals), I felt that it was a very worthy cause. But I soon grew fed up with that because, as it turns out, many of those who would join the group, would only do that. I am but one person, most notably one who does not use marijuana. Which eventually caused me to fold the group and go on (how am I supposed to make a difference if even those who will benefit from the change will not help!).

Today this is not the case of course, with drug legalization a reality in 2 nations and in 2 US states (possibly 3, depending on how Alaska has/will vote on their referendum). But then it was as big a jump as gay marriage (and being gay in general) going mainstream.
Another heated debate that I always enjoyed participating in. Its amazing to think of the worldwide progress made in the past 5ish years on both topics.

My love for arguing for what was right is what brought me into mainstream atheism. Yes, I was an “atheist” even previous to this, even admittedly. I just didn’t participate in the big onli8ne movement until this time.
My social life had taken a downturn (some drama between friends eventually culminated in me attempting to cut them ALL out and just go solo) which gave me more time. I was a big facebook user, so I just searched the term “Christian” looking for groups to join (well, for shit to disturb. Lets be honest). I found one group and started there. And I eventually was linked to other like minded (atheistic) pages to join.

This filled a lot of time in the following 3 to 4 years. I can not say that I learned a whole lot REALLY in this time, nor did I contribute a whole lot (other then trolling) for much of the time in these discussions. But it did keep my mind occupied. Kept an adversary in my life (in the form of fundamentalist wing-nuts).
But after awhile the fun wears off, and a person eventually has to face the hard truth that is, their actions do not do much more then harm for the movement that I was arguing for them (atheism). And the real life friend void was becoming harder to reconcile.

And so I begun to lay off of the trolling, but remained in these different group setting that I was in, but trying to stick to legitimate topics (as opposed to starting shit for the lol;`s).

But even then, after awhile, all of this begun to be boring. Not that the topic was not of interest. I guess it was more, that the ongoing conversation never went all that far past the initial stage of trashing religion. Many atheists using the same seemingly valid, but very weak arguments against theists. But looking at themselves as intellectually superior. Indeed, they have come to a more rational place then the typical theist. But not by much.

A somewhat amusing thing that is noted by Madalyn Murray O`Hair in one of her many talks AGAINST atheists and atheism (despite being founder of American Atheists).

While I had been losing interest in this whole movement a long time, I was also introduced to a bit of philosophy by a co worker and friend of mine. A topic that seemed to bore others to death, I actually found it to be quite interesting, though it often times flew WAY over my head.

After lots of exposure to various tenants of philosophy, I must have begun to grasp it a bit, because the world became a lot less clear cut then it used to be.
Its a weird thing to explain. I used to for the most part, see the world from my various chosen boxes. Atheist, progressive, liberal, Canadian, pick one. I would learn about it initially, then adopt it.
Philosophy seemed to somehow, show them all as the barriers that they are. Not just the obvious ideological barriers that we all know about, such as the political (Liberals vs Conservatives) and the religious (Atheists vs Christians), but ALL of the conflicts.
Conflicts which happened to include the false assumption and argument that every single tenant of secularism is a form of atheism. A conflict that I was never really able to rectify (as shown by many previous blog entries). And a conflict that I doubt would ever be rectified, because as it would seem, a great many Atheists like their well defined boxes just as much as Christians.

On account to this conflict and the frustration attributed, I have dropped my previous atheist label like a dirty shirt (not wanting to have myself associated with such baggage).
My first swap out was Agnostic, being that all things considered, I do not know (the word atheism is redundant). But this makes conversation annoying, because people can not get past the false dichotomy of there being no middle ground between theism and atheism (ironically turning a grey area, black and white).
Then I tried a more ambiguous stance of `none of the above` which I applied not just to my religious and spiritual beliefs, but to all of life in general. And this is a mindset that I have kept.

Although I have learned that it is not easy to showcase such a belief when conversing with those that are used to boxes. It is why I have decided to embrace the term Apatheist.

A term that I heard casually on an episode of the Raman podcast (run by one my most respected Atheist, Aron Ra), it describes a person that simply does not care about the God question (considers it irrelevant to their life). Which is quite fitting for my currant mindset.

All this friction had previously had me write off atheism and the secular discussion itself. But despite leaving all of the groups that I was once a part of and an active member of, I still found myself conversing.

And so it seems that, maybe I will not give it all up after all. It is something that interests me and keeps my mind occupied. Not to mention, even if many secularists leave a WHOLE lot to be desired, religion remains the same menace that it was when I first started fighting it, both here and abroad. In 2014, it still claims countless lives in conflicts world wide. And in 2014, it still makes life in many places in the southern states hostile for many that do not conform to the fundamentalist christian mold.

Sometimes you have to put aside your differences and petty conflicts, for the greater good of, All.