I first came across this story the morning it happened. However, like all others like it, I waited awhile for all the details to be ironed out before I formed an opinion on it.

First of all, Charlie Hebdo is a weekly newspaper based in Paris. They were/ARE an outlet that did not/ DOES NOT let the ever present threat of violence get in the way of their right to freely portray The Prophet Mohammed in whatever manor they choose.
Below are a small sample of the cartoons the magazine has published. 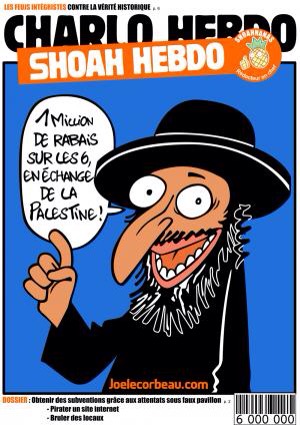 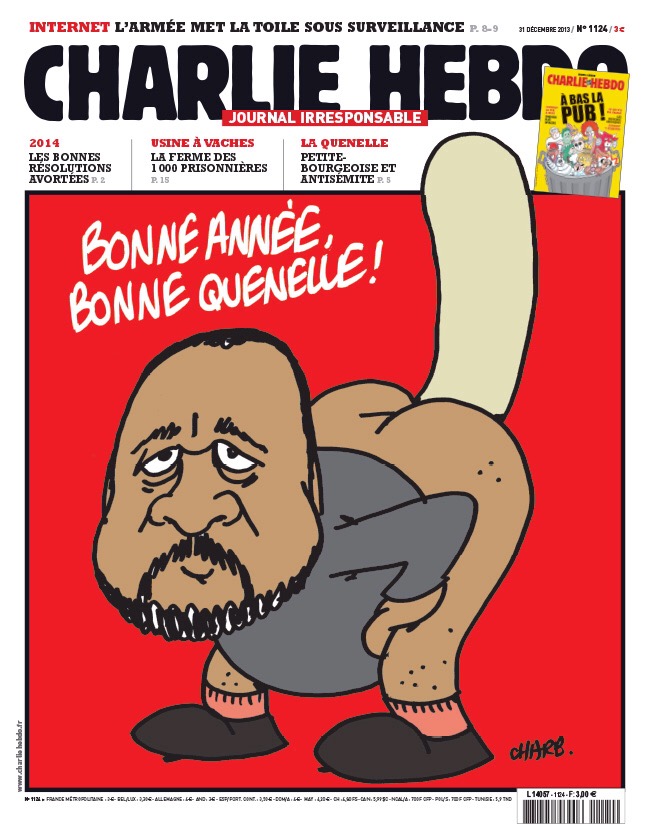 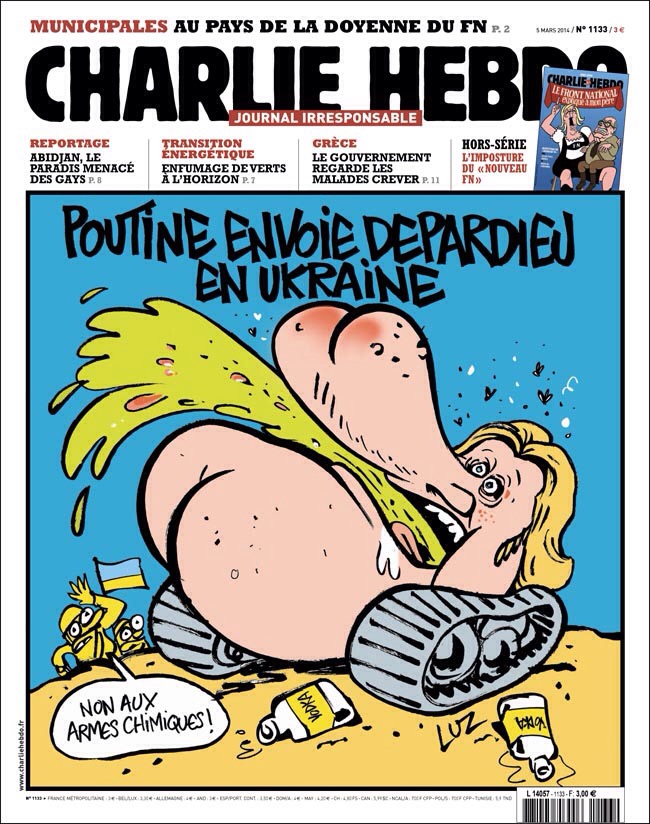 I had reservations about posting some of the images above, knowing exactly what brought them to my attention. Yet at the same time, as far as I know, Charlie Hebdo are still going. And putting out cartoons mocking the prophet on social media.
So the risk that I an taking, is a drop in the ocean in comparison.

*NOTE:
This is based on conversation from the following Vice piece.

As you can see by the covers depicted above, the magazine was not exactly exclusive in its targets. Though they did blaspheme Mohammed, they also did so to the pope and (apparently) to jews. And then there are obviously politically oriented pieces aimed locally and internationally, as well as other stuff that is just, weird (whats with the kinky teacher rabbit LOL).

I am not really sure where else to go from here. People died for drawings of cartoons, which is frankly fucking ridiculous. Humanity has been to space and to the deepest depths the oceans. Yet we still have not dealt with this terminal illness that is organized religion.

Many are inclined to not point fingers when it comes to the worst offenders. Being I don’t have respect enough for ANY belief system to consider it sacred and unquestionable, I am not afraid to say that right now, Islam is the worst. I do not deal in religion, I deal in ideology. As such, EVERYONE is fair game.

There are many misconceptions to Islam (well, the muslim world) that should be cleared up.
The popular narrative of western media is the “a few bad apples” argument. What you see here is the lunatic fringe, not the moral majority.
Then there is the often mentioned “moderate muslim”.

There is no doubt that there is a drastic difference between the attackers of Charlie Hebdo and your average everyday muslim leading a normal everyday life. So do not think that I equate them as being on EXACTLY the same level, because I don’t. Along those same lines, don’t blame or take retribution against local muslims in your area.
Chances are they they did not agree with the activity. But more, its just an incredibly STUPID way to react, so just don’t.

I have said that not all muslims are the extremists such as ISIS, or the CH attackers. But according to many private surveys done on the populace of a number of muslim nations, even the seemingly “moderate” populations hold interesting beliefs.

This is but a small sampling of the data that many in the western media (and westerners in general) either do not WANT to see, or just can not understand.
There are indeed many muslims with many varying degrees of devotion. And not all of them are going to (or will have any desire to) turn extremist or commit acts of extreme violence. But the fact that a large percentage of these populations can find themselves seemingly in agreement with the extremists when it comes to things like apostasy, is telling as well. Its not an entirely damning find, but it shows that the disease of Islam affects more of the tree then a few rotten apples.

That said, Islam is not the only religion causing conflict in the world. It may be the worst (right now) in terms of physical violence, but other religions are rearing their ugly heads in day to day life, everywhere.
Even your typically imagined calm and tranquil buddhists have violent counterparts in some areas of Myanmar. Their victims? Muslims.

Though the attack on Charlie Hebdo was committed by those of the islamic faith, I see this as just another (albeit violent) act driven by religion.

Some see good in religion. But I see it as nothing more then a collective cancer of humanity.