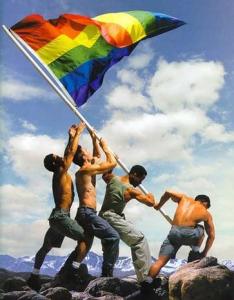 My last few posts have  been centered around topics of hate and negativity. So its nice to wake up to a positive note coming out of the US.

Today (coincidently, my 27th birthday), the Supreme Court of the United States has broken the months-long period of speculation and finally come to a decision regarding same sex marriage. That decision was, in favor.

Though I do not have much to add to the story, one thing I will say is, its about time. And also, thank you SCOTUS for ensuring a very interesting next few weeks on the part of the right. Obama kick started it last week by mentioning gun control. This should ensure more laughs then a barrel of monkeys. 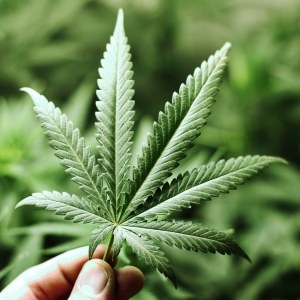 I have always thought that there are 2 things that should be part of an ideal world, but were unlikely given the climate of our socio and political reality (“Our” mainly pertaining to the United States, since most nations follow legislation promoted from therein). Those 2 things being gay marriage and marijuana legalization.
Its almost funny to think that just 5 or 6 years ago, I don’t think there was a hope in hell that either of these civil rights would get any traction (at least in the US). But the US surprised me, and started leaning more and more in favor of both issues.
And now, one of them has been knocked down at the federal level. Even if states are prohibitive of gay marriage, they are trumped.

When it comes to marijuana, in 2 states we are already half way there. Right now the feds are staying largely hands off. But that could change in a heartbeat with the election of next year, depending on the wishes of the incoming president. I trust neither any Democrat (well, besides Bernie Sanders) or a Republican to leave the situation alone.
So now that the gay marriage issue is out of the way, isn’t it time to turn up the heat on marijuana?

The first thing I should do is a bit of a clarification. I noted both marijuana and gay marriage as “civil rights”. Though I said that, I do not have the same identical explanation in both cases.

Though gay marriage was about the right to get married (and a handful of other benefits previously only available to heterosexual couples), marijuana civil rights is about more then “stoner’s rights”. I have heard some (well, one popular Youtube atheist that I have often criticized) argue for “Stoner’s rights”. While freedom of choice (of an adult) is part of the equation, it should certainly not be the basis.

What makes the issue big for me is not so much the illegality of smoking the said herb, but more the oceans’s worth of problems associated with that legislation.
First of all is the resources wasted on the futile attempt to stomp out this herb. Billions of dollars annually.
And of course is there is the hugely racist way in which American drug laws tend to be enforced. These in groups with lower overall usage rates are targeted substantially more then other groups with much higher usage ratio. When it comes to distribution, those that have the least available economic opportunities tend to get the harshest charges leveled when caught turning to drugs in order to make a living.

Then there is all the internal AND external gang wars and other corruption caused by the lack of a legitimate marijuana sources to feed the gigantic demand. People die needlessly in the US due to gang violence and turf wars. And there are even bigger problems in places like Mexico, where American drug dollars fund and arm cartels, giving them power that even their home nations have problems keeping under control.

The time for change is now. When it comes to how societies will react to legalization, there are already test cases WITHIN the US (Colorado and Oregon!). And of course there are many other nations with varying status on the drug.

The worlds most progressive nation on marijuana? North Korea.

If one puts aside (or ignores) all of the the economic and societal drawbacks and problems of marijuana prohibition, some still argue against its legalization based on the lack of research of its affects (I am assuming toxicity, though I could be wrong).
One reason why this argument is idiotic is the lack of ability to research. As I understand it, when it comes to schedule 1 substances in the US, your not allowed to legally do research  on (or with) these substances in question.

And then there is the “proven” toxicity based around overdose deaths as tallied world wide. Zero.

Then of course there are the other legalized drugs to contrast marijuana to.

If the argument is “We do not have enough evidence to make a decision”, then that must mean they need evidence of a lack of negative aspects.
If we turn that logic around on the other legally available drugs currently on the market today (harmful = banned!), then we end up with a very interesting result. All drugs are not equal, and will have varying levels of “harm” and toxicity. But none the less, even the lowest drug on the list in terms of harm as acknowledged by society (caffeine) is much less benign then marijuana.

Again, this does not say that I think marijuana is COMPLETELY safe. I don’t recommend smoking anything, due to the affect to your lungs. And like any other drug, marijuana can become an addiction for some people using it.
Harmless is a good adjective for marijuana, in context. When compared with eating an apple or an orange, then no, one could not really say marijuana is harmless. If eating it in a pastry or as is, possibly. But not in the way that one normally associates its ingestion (smoking).
But when compared to basically any other drug available on the market (caffeine included), then marijuana is a very harmless substance. Like any other psychoactive drug, common sense must be exercised in its usage. And like any other drug, some people will be prone to become (or just develop) a psychological need for the drug. Note the difference between psychological and physical addiction.

But when all things are considered, I don’t see why this drug is still illegal. From a personal (and strictly anecdotal) standpoint, it has not been a substance that has given me any trouble (at least physically). Though its been many years since ive used it, those times were good, but for one “bad” trip (and that had more to do with a bad “setting” then the drug itself).  As for after effects, though there was a lingering “odd” quality to the day after use at times, it was gone within  24 hours. No nasty headache or vomiting (trademark fingerprints of a night of alcohol consumption).

As for a strictly empirical standpoint, some argue that more research on the drug is necessary. Though I know they have an agenda, I don’t disagree. Research is always good, so long as its not done for the purpose of boosting bias. And there have been many of those from the pro-prohibition side of late.

One such study has shows us that heavy and steady usage for a 20 to 30 year period has a negative effect on intelligence later in life. Missing are the effects on recreational users. And of course affects of heavy use of some of the other already legalized drugs (though such studies are elsewhere).
Also not mentioned is the zero percent overdose rate of marijuana. Even without the wealth of empirical knowledge that we have on other drugs, this one fact still puts marijuana above all others.

We have toppled one long standing social domino towards a better world in gay marriage. Its time we work on marijuana. A domino with even more of a negative footprint then gay marriage (when all negatively affected lives are considered).

2 thoughts on “A Win For Gay Rights”